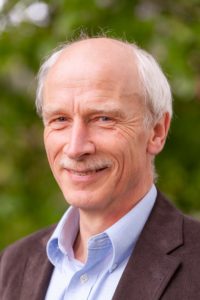 With more than 16 years of experience in the Research & Development of the food industry, respectively in the Dairy Industry (Friesland Coberco from 1994-2006) and the Bakery Ingredient Supplies Industry (CSM from 2006-2010), Dr. de Vries now works as a consultant to help in the application of Nutrition Sciences in food innovation. Before starting to work for the food industry Dr. de Vries contributed to several advices from the Dutch Food and Nutrition Council in the Netherlands. With his background in Biology, Human Nutrition and Pharmacology he is able to understand a wide variety of scientific domains that touch upon nutrition and health.

During Dr. de Vries’ industrial employment he actively participated in many Task Forces of ILSI-Europe, represented his employers in the Top Institute Food and Nutrition in the Netherlands and represented CSM in the industrial platform of the European Healthgrain Project.

In September 2010, Dr. de Vries started his consultancy. Since early 2017 he has served as a member of the Nutrition Cooperation Consultancies in the Netherlands.

Since the installation of the Healthgrain Forum in 2010 Dr. de Vries has mostly voluntarily participated in this organisation, amongst others as board member, to support any activity that relates to the promotion of healthy and whole grain products. Furthermore, in 2015, together with prof.dr. Edith Feskens (Wageningen University), he has taken the initiative to start a discussion group in the Netherlands, Nutrition in Transition, that aims to facilitate the discussion of the future of nutrition sciences how to improve its capability and credibility.