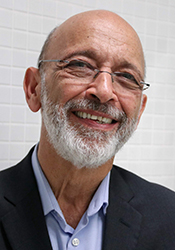 Since 2012 Professor Alexandre Kalache has been President of ILC-BR, located in his birth city of Rio de Janeiro, and since 2015, co-President of the Global Alliance of ILCs.

Dr Kalache is a specialist in age-related issues. Specifically, his expertise is in the epidemiology of ageing & the life-course, inter-sectoral policy development (including age-friendly initiatives), health promotion, old-age care, human rights and migration within the context of ageing as well as the more general cultural complexities of the worldwide longevity revolution.

Dr Kalache has been a leading pioneer in ageing issues for close to forty years in various roles: as academic, international civil servant and advocate. His was one of the very earliest voices to articulate the global nature of population ageing, together with the potentialities and the risks through inaction inherent within it. His contributions toward the shifting of the traditional paradigms in the field of ageing are widely acknowledged on the global stage.

Building on his initial medical career in Brazil, Kalache spent more than thirty years studying and working in Europe and the USA; principally, London, Oxford, Granada, Geneva and New York. His post-graduate degrees, MSc in Social Medicine 1977 and PhD in Epidemiology 1993, were attained in the UK. From 1977 to 1984, he held the position of Clinical Lecturer and Senior Research Fellow (under the mentorship of Professor Sir Richard Doll) at Oxford University. He was the founder of the Epidemiology of Ageing Unit at the London School of Hygiene and Tropical Medicine (the foremost UK School of Public Health) where he also taught from 1984 to 1995. At the same institution, he also conceived and coordinated the first ever European Masters Degree course in Health Promotion (1991).

From 1995 to 2008, Dr Kalache directed the World Health Organisation’s global programme on ageing in Geneva. Among many other enduring initiatives, he conceived and launched the WHO Active Ageing Policy Framework (2002) and the WHO Age-Friendly Cities project (2007). 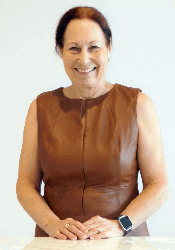 Susan E. Carlson is the AJ Rice Professor of Nutrition and University Distinguished Professor at the University of Kansas Medical Center in the Department of Dietetics and Nutrition and Director of the PhD Program in Medical Nutrition Science. She received her BS in Home Economics from Washington State University and her PhD in Nutrition (Biochemistry and Physiology) from Iowa State University.  She was an NIHLB Postdoctoral Fellow in the Department of Pathology at the University of Wisconsin–Madison and in the Department of Pediatrics at the University of South Florida, where she served on the Faculty in Pediatrics. She was a faculty member in  the Division of Newborn Medicine at the University of Mississippi Medical Center and in the Newborn Center at the University of Tennessee, Memphis, rising to the rank of Professor in the Departmens of Pediatrics, Obstetrics and Gynecology and Biochemisty.  She is an honorary member of the American Dietetic Association (2002) for pioneering work on the role of DHA in infant development, received the March of Dimes Agnes Higgins Award (2008) for pioneering research benefiting women and children, and is a Distinguished Alumna of Iowa State University (2017). She is a charter member of ISSFAL and served as President-elect, President and Past President (2009-2018).  She has delivered >180 invited international and national lectures, published >150 original reports and written 36 book chapters.  She works with an interdisciplinary team that includes a cognitive neuroscientist, electrophysiologist, and biostatistician doing large randomized clinical trials that seek to define the role of LCPUFA during the first 1000 days of development. Her research has been funded by the NICHD, NIHLB, and NEI. Learn more. 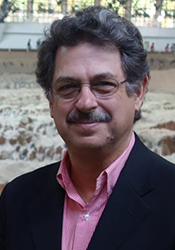 William J. Evans, PhD, Adjunct Professor of Human Nutrition at the University of California, Berkeley and an Adjunct Professor of Medicine in the Geriatrics Program at the Duke University Medical Center in Durham, NC. From 2014 – 2016 he was the President of the Muscle and Health Division at KineMed, Inc and from 2009-2014 he was a Vice President and Head of the Muscle Metabolism Discovery Performance Unit at GlaxoSmithKline a group dedicated to developing new medicines to treat muscle wasting, frailty, and sarcopenia. From 1997 – 2009 he was the Warmack Chair of Nutritional Longevity and director of the Nutrition, Metabolism, and Exercise Laboratory in the Reynolds Institute on Aging at the U of Arkansas for Medical Sciences. From 1993 to 1997 he was the director of the Noll Physiological Research Center at Penn State and from 1982 to 1993 he served as the Chief of the Human Physiology Lab at the U.S.D.A. Human Nutrition Research Center on Aging at Tufts University. He is a Fellow of the American College of Sports Medicine, The American College of Nutrition, and an honorary member of the American Dietetic Association. He is the author or co-author of more than 250 publications in scientific journals with an H-index of 100. His research has examined the functional and metabolic consequences of physical activity in elderly people as well as dietary protein needs of older men and women. He is the author of Biomarkers (Simon & Schuster) and AstroFit (Simon & Schuster, 2002). His studies have demonstrated the ability of older men and women to improve strength, fitness, and health through exercise, even into the 10th decade of life. His work has been featured on CBS evening news, 20/20, Good Morning America, NOVA, the New York Times, and a variety of media outlets. 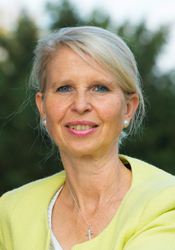 Professor Susan Lanham-New is Professor of Human Nutrition and is Head of the Nutrition, Food & Exercises Sciences Department at the University of Surrey.  She led a successful Nutritional Sciences at Surrey application for the 2017/2018 Queen’s Anniversary Prize (QAP) for Further & Higher Education.  Susan is a Member of the Scientific Advisory Committee on Nutrition (SACN) and is Editor-in-Chief of the Nutrition Society Textbook Series and first Editor of Nutritional Aspects of Bone Health. Her research focuses on nutrition and bone health, for which she has won the 2001 Nutrition Society Medal for her work on the role of the skeleton in acid-base homeostasis as well as Investigator Awards at the World Congress of Osteoporosis; the joint IBMS/ECTS Osteoporosis Conference and the Royal Osteoporosis Society conferences.  In 2018/2019 Susan received the prestigious British Nutrition Foundation Prize for her work on nutrition and bone health and in particular vitamin D.  She has published extensively and raised significant research income.  She is a member of the Nutrition Forum  and Academy for the Royal Osteoporosis Society and is a Trustee  of the British Nutrition Foundation.  She has recently been given Fellowship status of the Royal Society of Biology and the Association for Nutrition and is Honorary Secretary of the Nutrition Society.  Very recently, Susan has led on a Vitamin D / COVID-19 Consensus Paper published in the Br Med J (Nutrition Health & Prevention) and has contributed to media pieces for the New Scientist, Financial Times, New York Times and other media outlets on the topic of Vitamin D and the SARS-CoV-2 virus as well as undertaking a Guardian Podcast on Vitamin D.  She is currently working with colleagues at the Universities of Surrey, Southampton and Oxford on Vitamin D and COVID-19 in the UK Biobank. 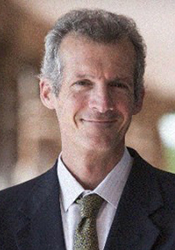 
Francesco Visioli earned a degree in Pharmacy and Pharmaceutical Chemistry from the University of Milan and a PhD in Biotechnology from the University of Brescia (based on work performed at the Louisiana State University Neuroscience Center). After being Full Professor of physiopathology at the Université Paris 6 “Pierre et Marie Curie”, where he directed the “Micronutrients and cardiovascular disease” unit, and being Senior Investigator at the Madrid Institute for Advanced Studies (IMDEA)-Food he is now Professor of human nutrition at the University of Padua, Italy. Formerly involved in neurochemistry, Dr. Visioli’s research currently concerns essential fatty acids, namely those of the omega 3 series, and natural antioxidants, as related to atherosclerosis and cardiovascular disease.  In particular, Dr. Visioli’s group discovered the biological and pharmacological properties of olive oil phenolics, including hydroxytyrosol. In addition, Dr. Visioli is being studying some bioactive components of plant foods, including lycopene from tomato and biophenols from wild greens. His research ranges from in vitrostudies of bioactivity (test tubes, cell cultures) to in vivo tests, performed on laboratory animals and/or humans. Dr Visioli has a publication record of approximately 250 papers and book chapters, which have been cited over 12,000 times. He gave invited lectures in over 100 meetings. 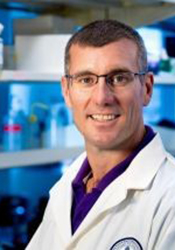 Dr. Richard Bazinet is an Associate Professor and Canada Research Chair in Brain Lipid Metabolism at the University of Toronto. He is also currently serving as president of the International Society for the Study of Fatty Acids and Lipids (ISSFAL). Dr. Bazinet has published more than 130 published papers, largely in the field of brain fatty acid metabolism and is a co-author of the joint WHO/FAO joint expert consultation on dietary fats and the central nervous system during aging and disease.